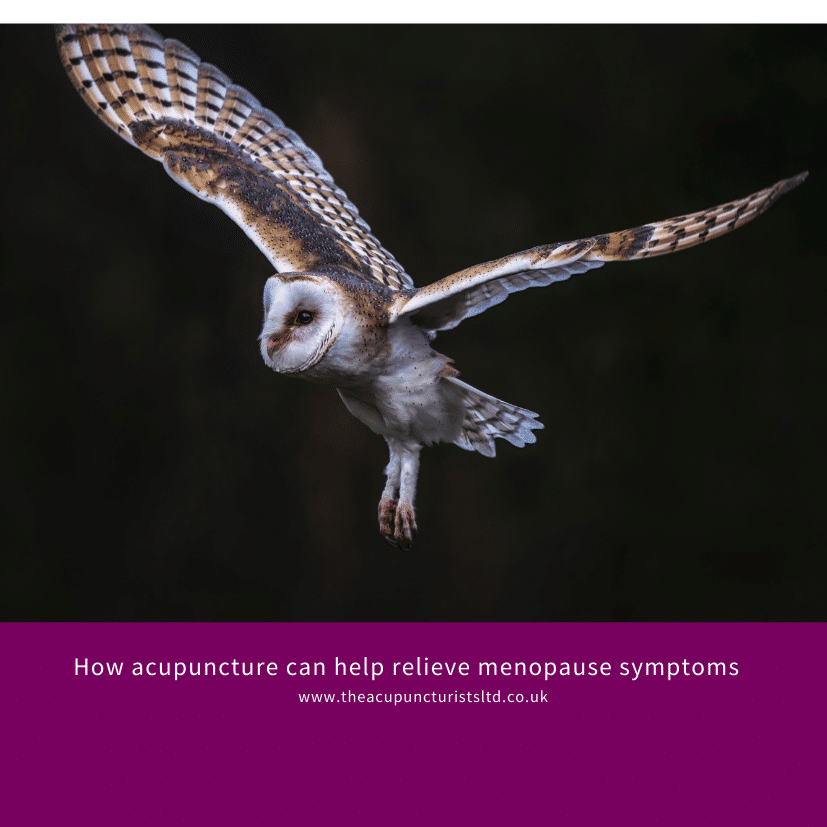 In modern times, the menopause has become the curse of the older woman, a span of years to be endured, often miserably, until the status quo returns and balance is restored. It wasn’t always that way.

Since the dawn of time man has understood, tacitly if not consciously, that change is an inevitable and necessary characteristic of life.

The Romans used to say that times change and we change with them. The ancient Greek philosopher Heraclitus wrote that you could never step into the same river twice because the water had moved on. In the best-selling novel in Italian history, The Leopard by Tomasi, the character Tancredi tells his uncle, the prince, that if he wants things to stay the same then things have to change.

Menopause is a time of biological change for women and change always brings challenges. But all changes in life and the challenges that come with them must eventually be embraced if we are to rediscover a sense of normal – 2020 has surely taught us that simple truth, if nothing else.

It’s only recently that menopause has been saddled with bad PR. Throughout the rest of history, it’s a process that has traditionally been celebrated, effectively marking the transition in womanhood from life student to sage. The biological certification of the experience and, hopefully, wisdom that come with advancing years.

The Change, as it has been dubbed by large parts of Western media, is the process of oestrogen levels rising and falling erratically as a woman’s hormonal structure reconfigures itself to an existence that isn’t predicated on the biological imperative to procreate.

In many ways, it’s the reproductive system preparing itself for a perhaps well-earned life in retirement.

It’s the symptomatic changes that often accompany menopause that have led to the predominantly negative associations we have with this entirely natural process – symptoms that include hot flushes, sleeplessness, vaginal dryness, night sweats, lapses in memory or awareness and loss of sex drive.

And when they’re written as a list in that way, it’s no surprise that those symptoms can appear daunting – and many women live with them rather than put themselves at risk of the reported side effects that synthetic hormone replacement therapy poses.

The good news is that acupuncture offers a very effective solution to managing the symptoms of menopause in a way that carries negligible risk, is often highly relaxing and, because it is an holistic treatment, can also address other underlying health issues you may not even be aware of.

The link between menopause and acupuncture goes back centuries and reflects the ancient Chinese approach to the celebration of life and, in particular, the three stages of womanhood.

The time of menopause, according to the ancients, is the time at which a woman gives back to society the wisdom that life has brought and seeks to impart her own knowledge to others. With this comes a sense of meaning in her own life, and introduction of knowledge in the lives of others so that they may themselves come to an age of wisdom.

To some, this new stage of life is known as the Mastery phase. Just as a river can never be the same at any point, so life also moves on and changes. Nothing stays as it is!

Acupuncture reflects this through an understanding that Yin and Yang are different and essential aspects of our vital energy, known as Qi, and the knowledge that these elements complement each other in health care.

In Chinese medicine, oestrogen is considered to be Yin, which naturally depletes as we age.

Acupuncture is also founded on, among other things, the core understanding that under normal circumstances the body has an innate ability to heal, rebalance and reset itself in order to remain healthy.

It is when the body struggles to adjust to the declining levels of Yin (specifically, for menopause, oestrogen) that the distressing physiological and emotional symptoms of menopause begin to manifest themselves.

As with many things related to our health, the lifestyle choices we make contribute significantly to how effective the body is at healing, rebalancing and resetting itself.

Diet and nutrition, sleep quality and poor exercise regimens (which can be over-exercising or inappropriate exercise as much as lack of physical exertion) are the common factors in our health that are generally within our own control.

But less controllable factors such as stress, trauma, unresolved or unexpressed emotions and environmental factors can also play a big part.

It is here that acupuncture is your friend. It is effective in helping women to live happily through menopause because it helps to establish the free flow of Qi within the body, which in turn encourages the body’s own immediate and long-term healing ability.

If you’ve read my recent articles, you’ll know that I’m a big advocate of integrative health as a health strategy, combining conventional or alternative medicine with complementary and lifestyle medicine to deliver better health outcomes.

Acupuncture can be a key part of an integrative health strategy to encourage the body to get back on track, but it’s important to look at the factors in our lives that have had an impact on our body’s healing ability and then try to make the necessary changes.

On September 24th, I’ll be speaking at a coffee morning event about menopause from both a conventional and Eastern medical aspect. I’ll be giving more insight into the body’s ability to heal itself, and how acupuncture can encourage this process and help with the symptoms of menopause.

If you’d like to improve your understanding of the menopause and how acupuncture can help, click here to find out more about the event and how you can listen to my talk via Zoom.

If you’d like to know more about the issues that can be treated and managed with acupuncture, why not get in touch for an informal and confidential chat?